You can drive Elements diagrams through the release lifecycle and store version history for each diagram.

Users with release manager permission can create and manage releases. Go to the Main App and select "Releases" from the left-hand menu. Click on the button in the upper-right corner of the screen to create a new release. 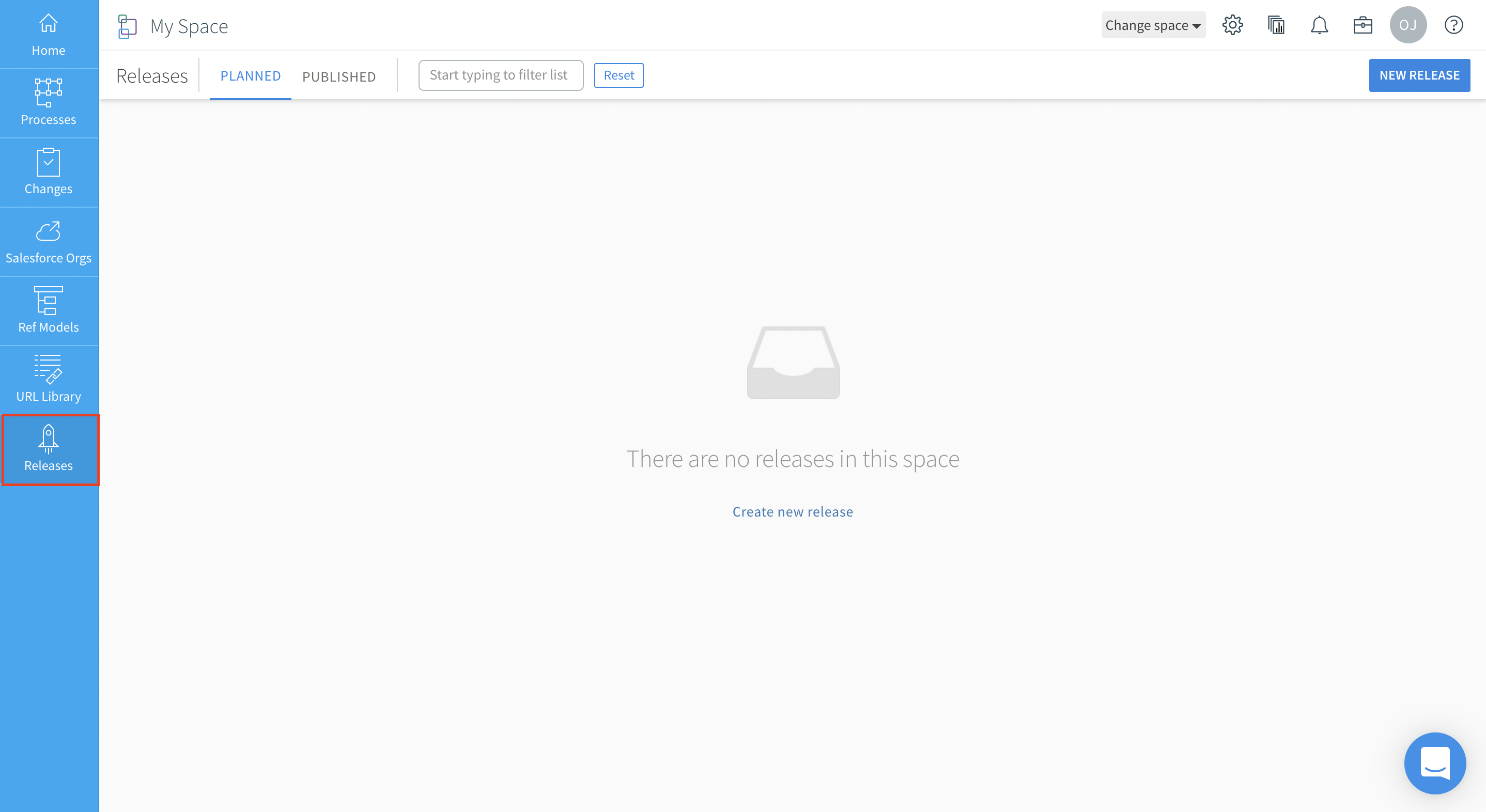 You will have to name the release and set the target release date. You will also have to specify the type of release and its risk level. 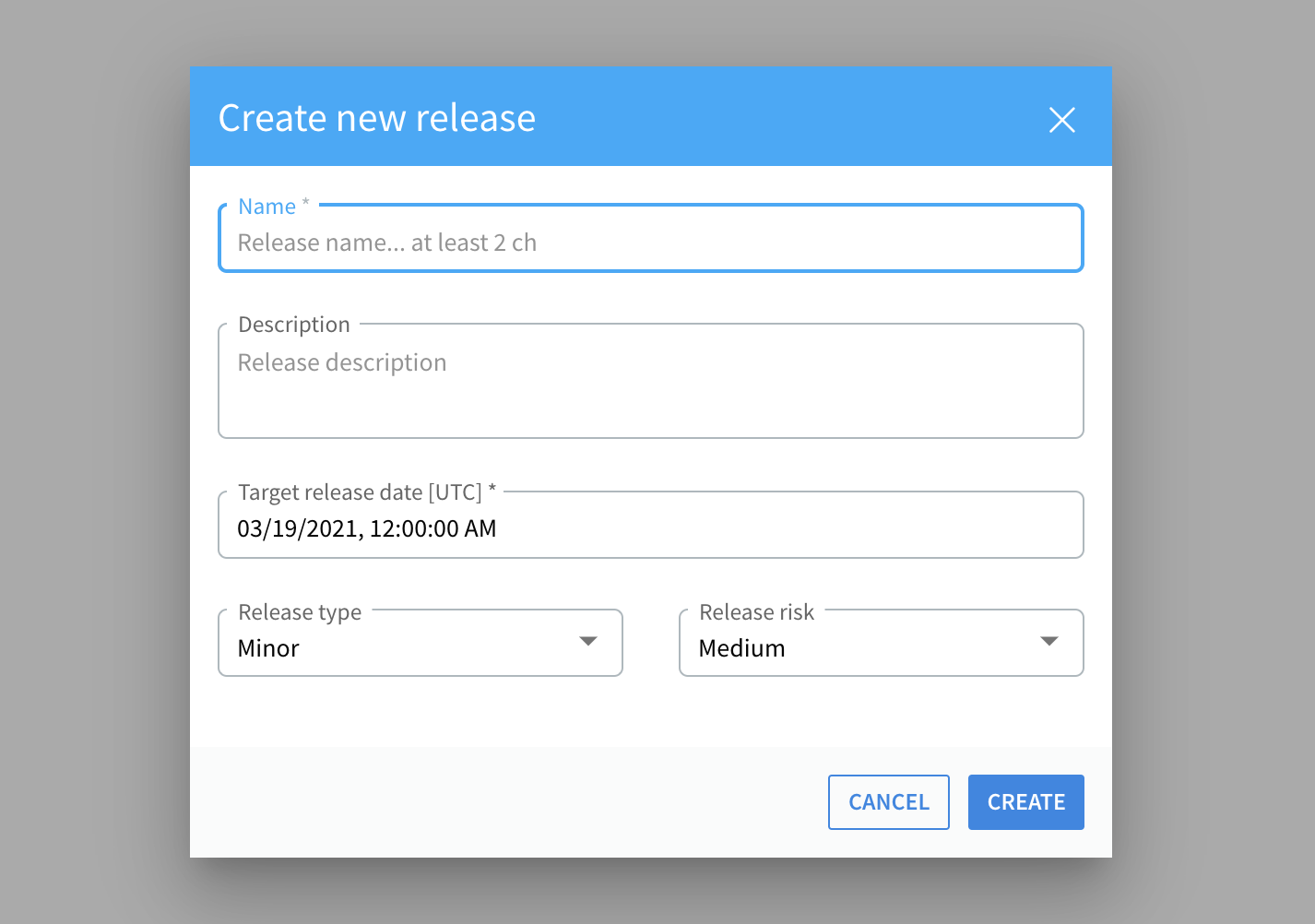 You cannot publish a release with a version number lower than the latest published release. Use the image below to guide your version numbers. 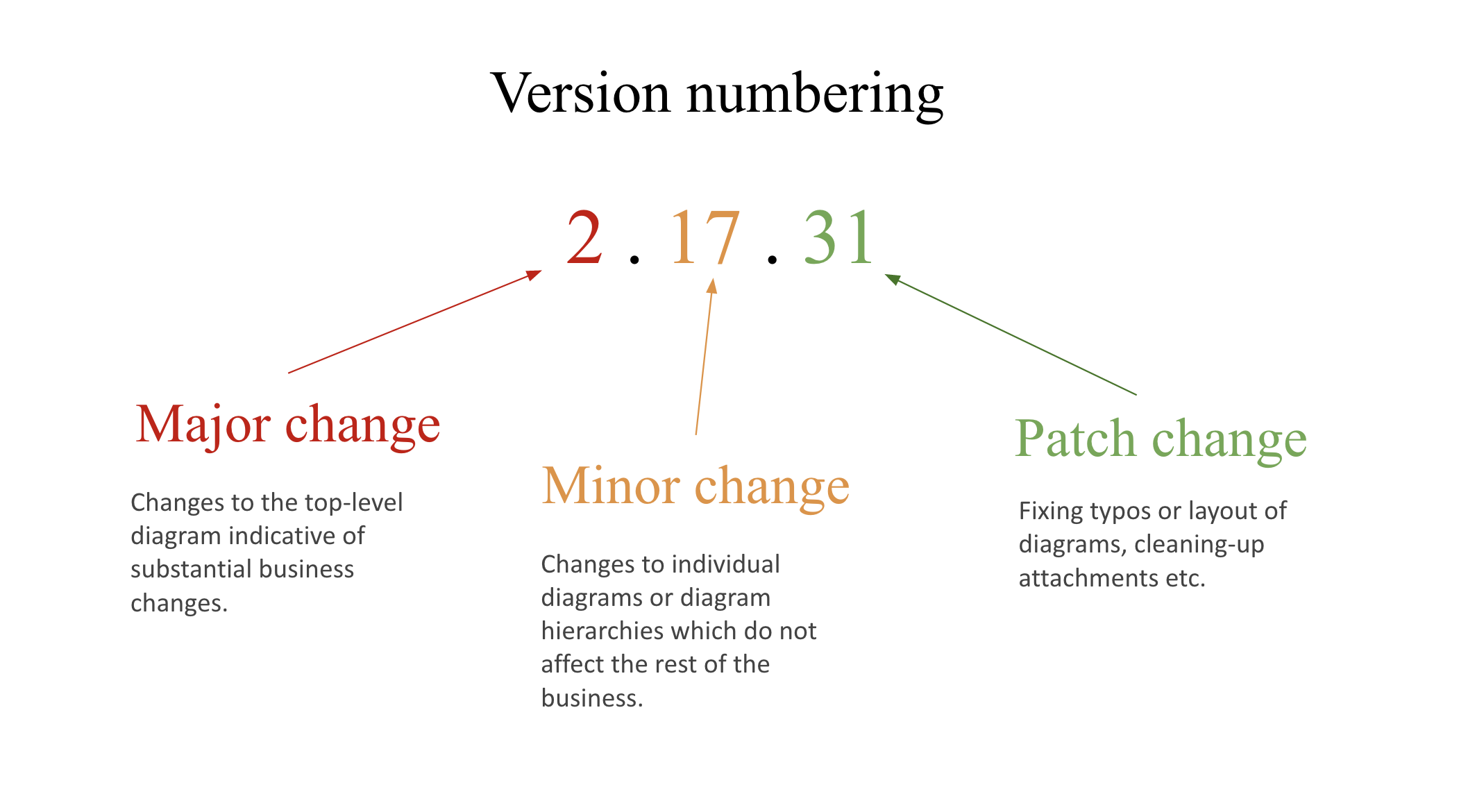 Once you create a release it will be visible in the list. 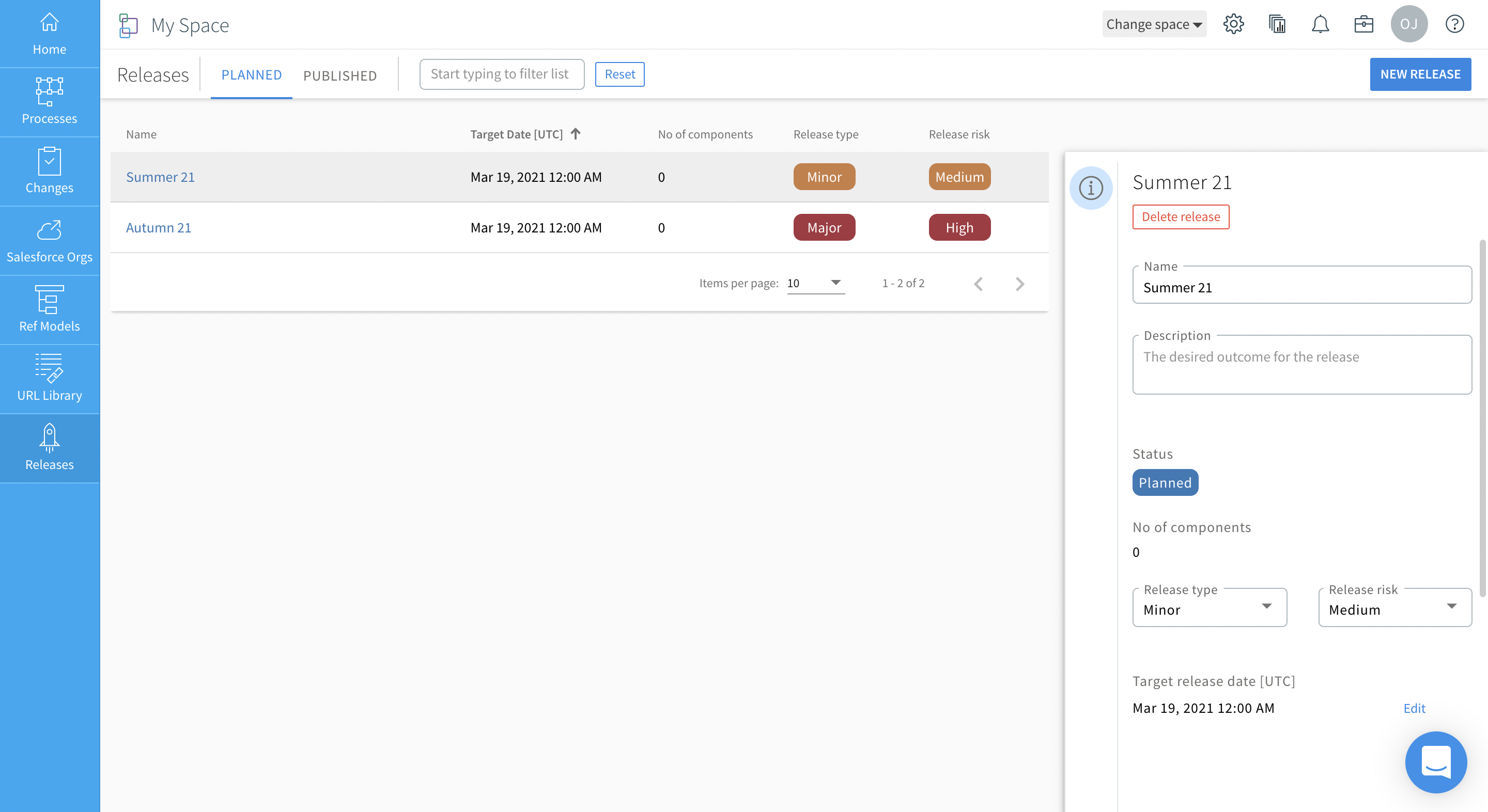 Elements diagrams can go through 4 versions:

You will have to choose the target release for the diagram (or you can leave it blank and assign it later) and provide your Elements password to finalize the operation. If you plan on using the release-training functionality then also provide quick feedback explaining what was changed in the scope of this version. 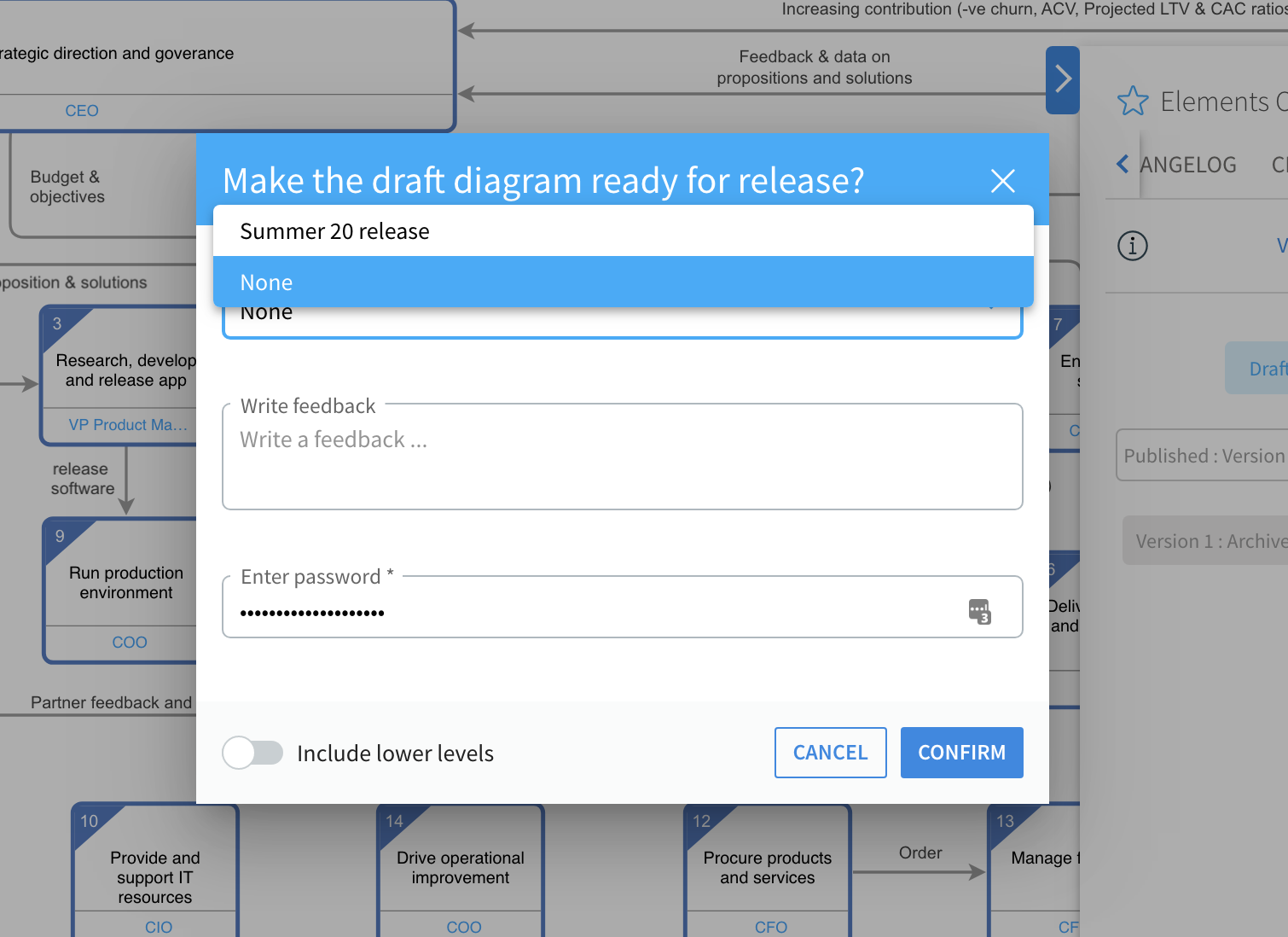 When you are ready to publish the release (and all diagrams assigned to it) open the versions tab for the diagram and click on the name of the release next to the "Ready for release" tag. This will take you straight into the release app. 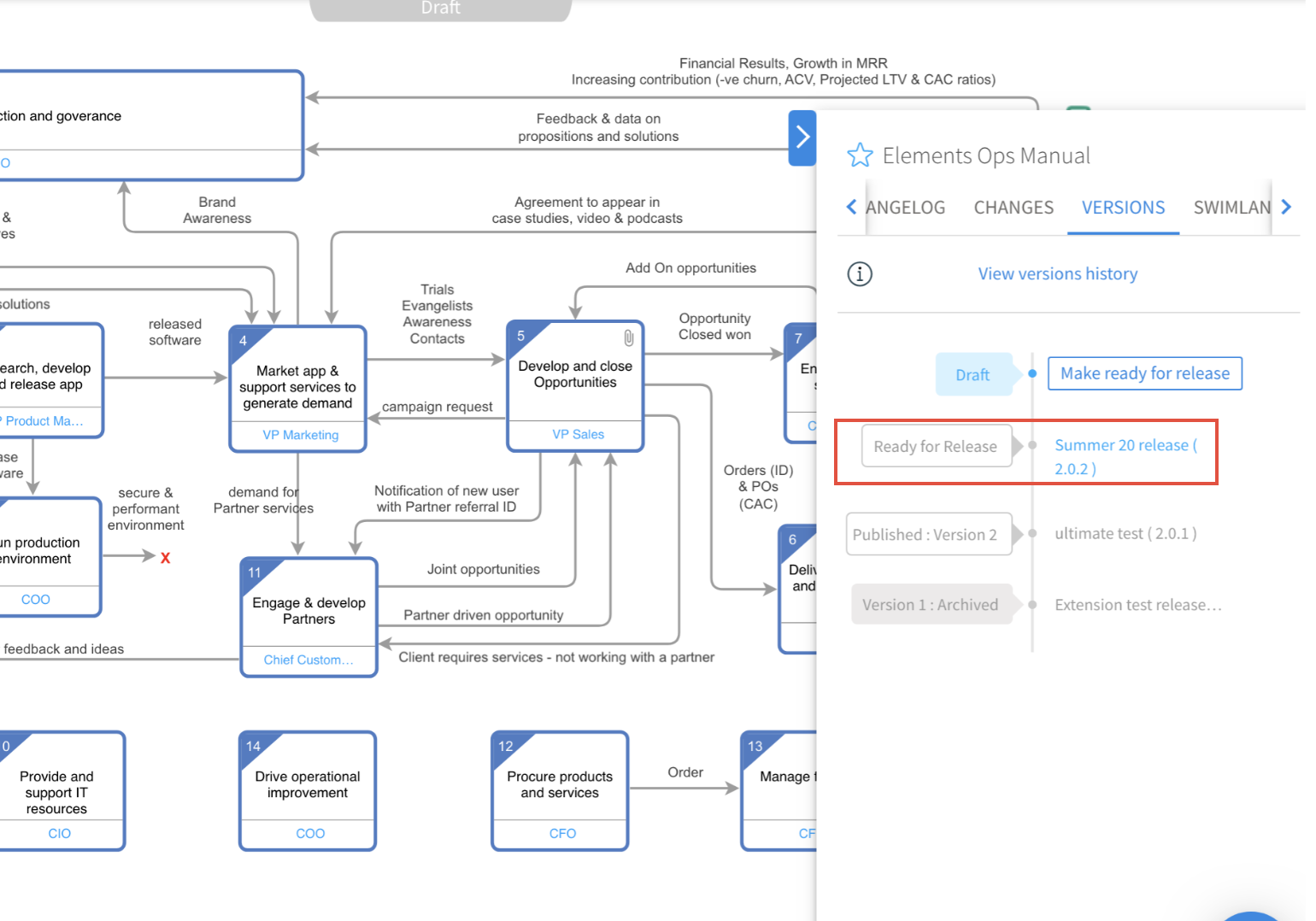 Once there, review if all the diagrams that you want to publish are marked with a ✓. You also have the ability to add diagrams to the release that were made "ready to publish" but not assigned to any release yet. 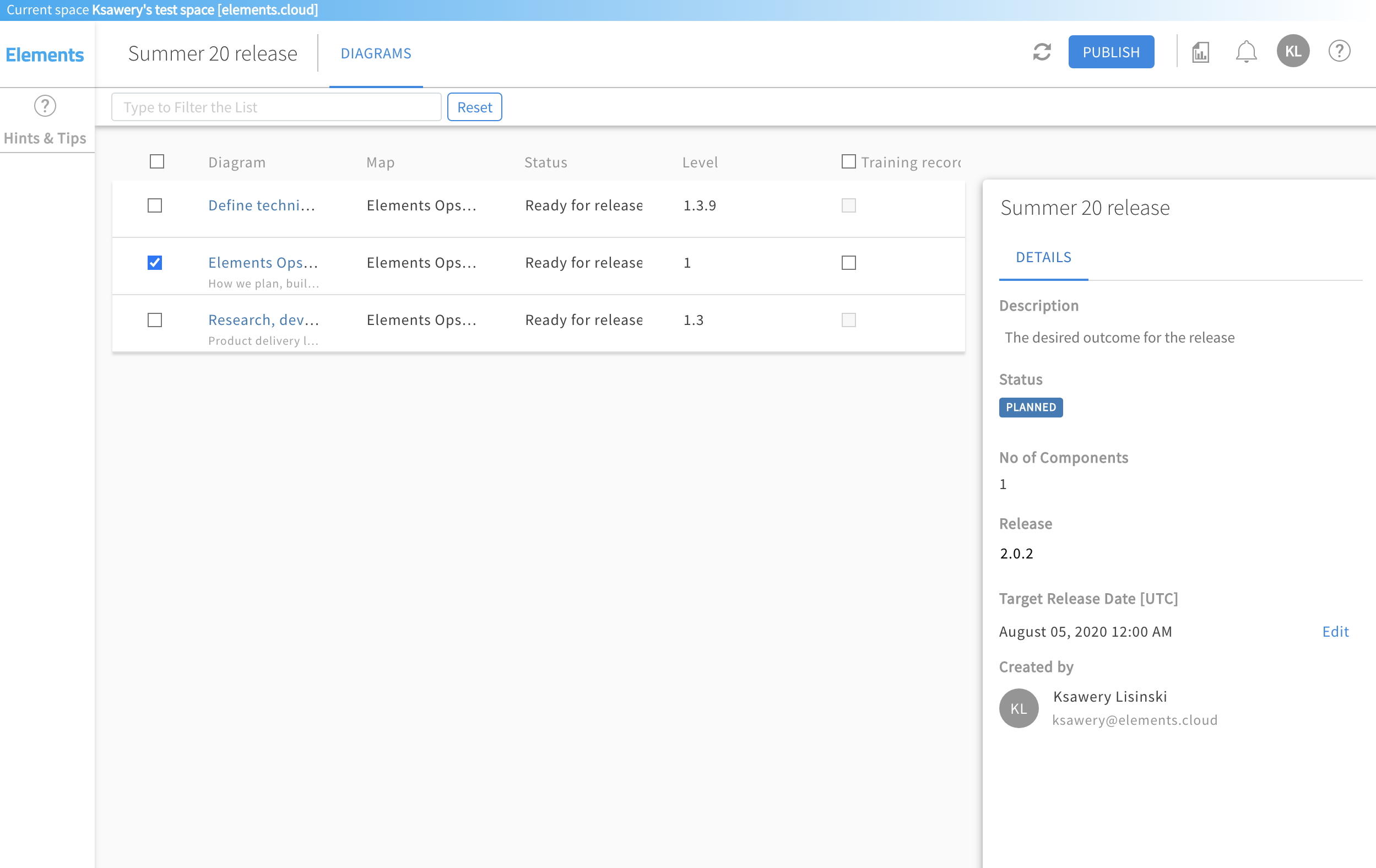 Click the "Publish" button in the upper-right corner of the screen to publish the release and assigned diagrams.

If you have edit rights or stakeholder access you can expand the toolbar (1), open the right panel for the diagram by clicking on the version tag (2), and select the "versions" tab (3) to view the version history. You can click through the horizontal timeline of the diagram to load the previous versions of the diagram and understand how it changed over time.

Click on "View version history" to pop up a modal window with more details about each version (like who created the version, when and what comment was left by the user). 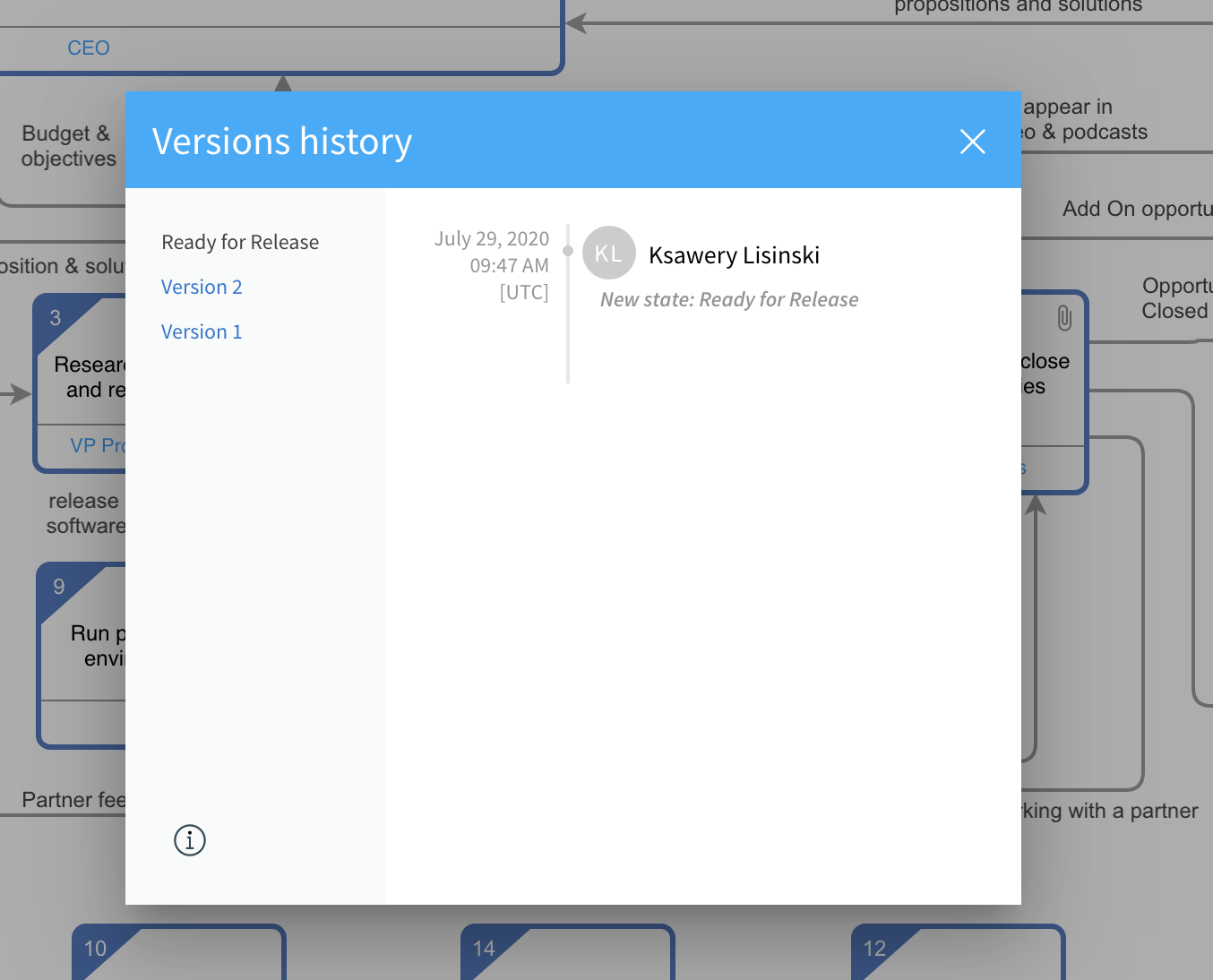 Can I keep editing the draft version after making the "ready for release" version?

Yes. The changes to the draft version do not impact any other versions.

What happens if I make another draft "Ready for release" before I have published the last one?

What happens if I link from outside Elements Catalyst to a specific draft diagram, which is then published. Where does the link take me?

Any URL links to diagrams in Elements from outside (or from within other maps), will link to the "current" published diagram, even though the diagram that was there when the links were created has since been archived. The URL for a diagram never changes.

What if I am publishing a diagram where there is no published parent diagram?

If you are using the browser extension search functionality or embedding diagrams in external applications then there should not be any trouble with having published children and unpublished parent diagrams.

However, this will cause the map hierarchy to lose integrity and you will not be able to navigate from the diagram to unpublished parent or from the parent to the child diagram. You can easily resolve this when you publish the parent diagrams in a later release.

Having published a map, what if I renumber an activity with a drilldown in the draft of one of the diagrams?

If an activity which has a drilldown is renumbered, the diagram is made “Ready for release” and is then republished as part of a new release. But the child is not republished and Elements Catalyst in the background needs to resolve the level number of the current child diagram version.

In order to resolve this, Elements Catalyst archives the current child diagram and creates a new version of the child diagram which is an absolute copy of the current published child diagram but which now has the correct level number based on the new parent activity number. This is the one time that a new diagram version is created by the system automatically, and it is created in a "published" state, based on another "published" version.

From the user point of view, this is transparent, but a new version will appear in the version list and in the version history this version starts its life in the "current" state, having been created by the system.