There are certain rules to versioning diagrams in the hierarchy. In order to ensure your diagrams are versioned correctly, you need to understand the diagram version architecture and hierarchy rules.

Each diagram has its unique ID. You can actually see the diagram ID in the URL address when you open a diagram. It is the string of number and letters highlighted in the image below.

Each diagram can have multiple versions. A diagram version contains boxes, lines, sticky notes and all other content. 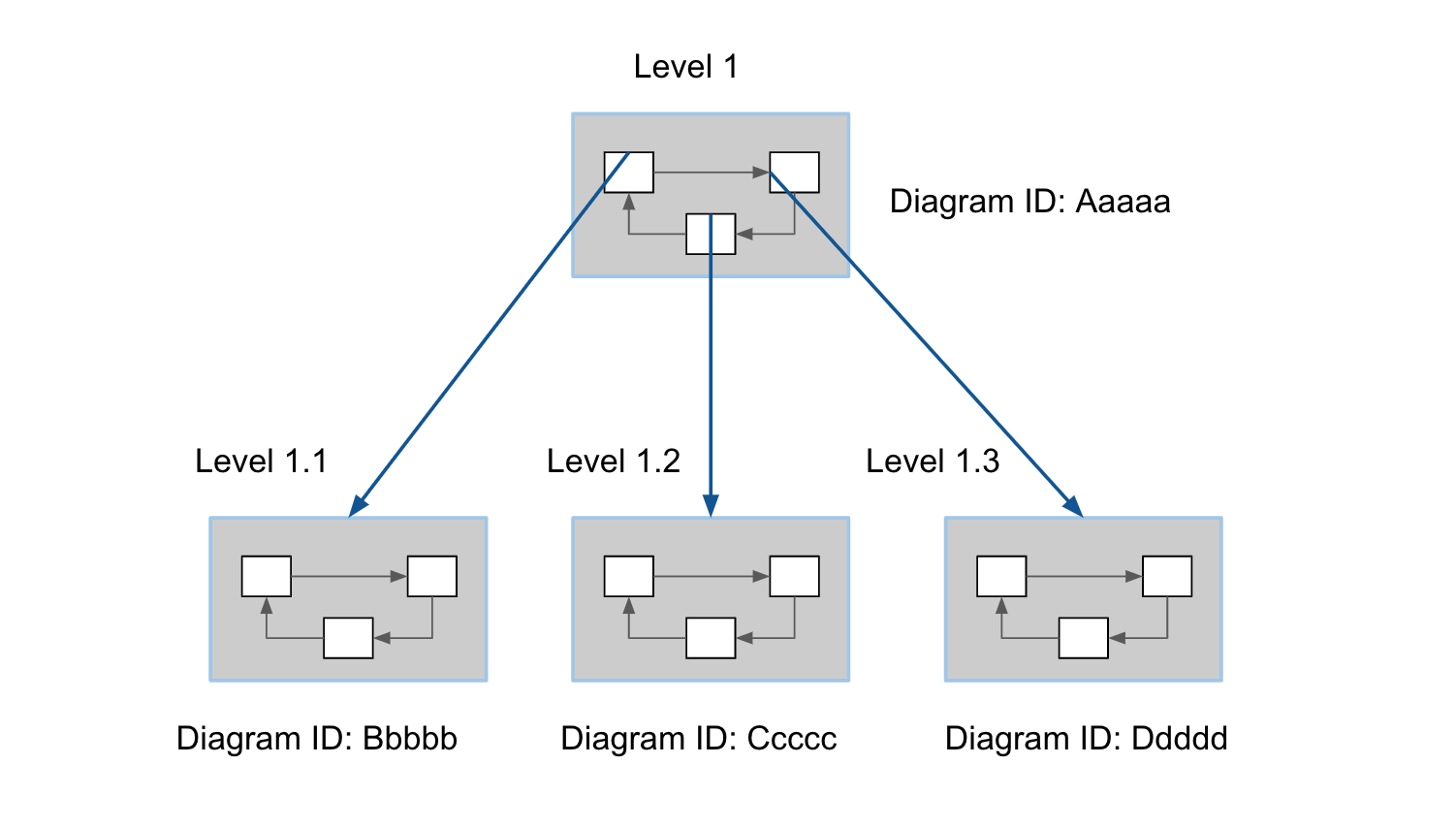 The diagrams in the hierarchy relate to each other through unique diagram IDs. In other words, if we look at the example below, when you navigate around the map hierarchy, you are opening a specific diagram by ID. 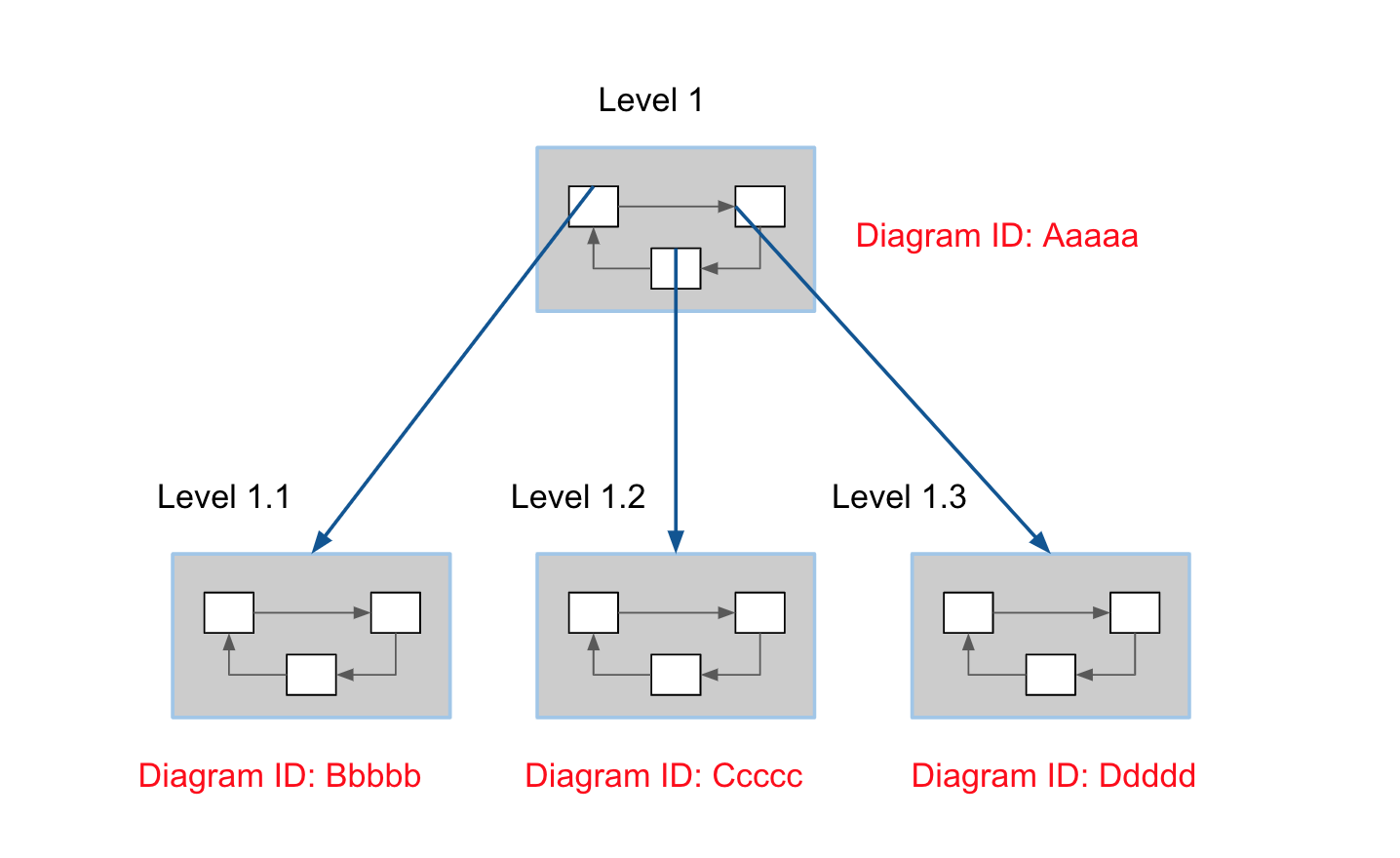 Versioning diagrams in the hierarchy

While you publish only that one diagram, the system will automatically update the published version of the entire map (and all its diagrams). This is because the system captures what was the state of the entire hierarchy at the time of the release.

In the example below, you can see a published diagram in the hierarchy and how its version was updated multiple times due to other diagrams in the map being changed.

Which leads to another key rule in versioning logic: the diagrams in the hierarchy relate to each other through unique diagram IDs AND are based on the map version.

When versioning breaks the hierarchy

Let's imagine you have a diagram hierarchy shown above, and you published all 4 diagrams (parent and its 3 children). Then, in the draft version of the map, you delete the previous child diagram and either create or import a new child diagram.

If you were to publish just the new child diagram without the parent diagram, you will break the hierarchy. 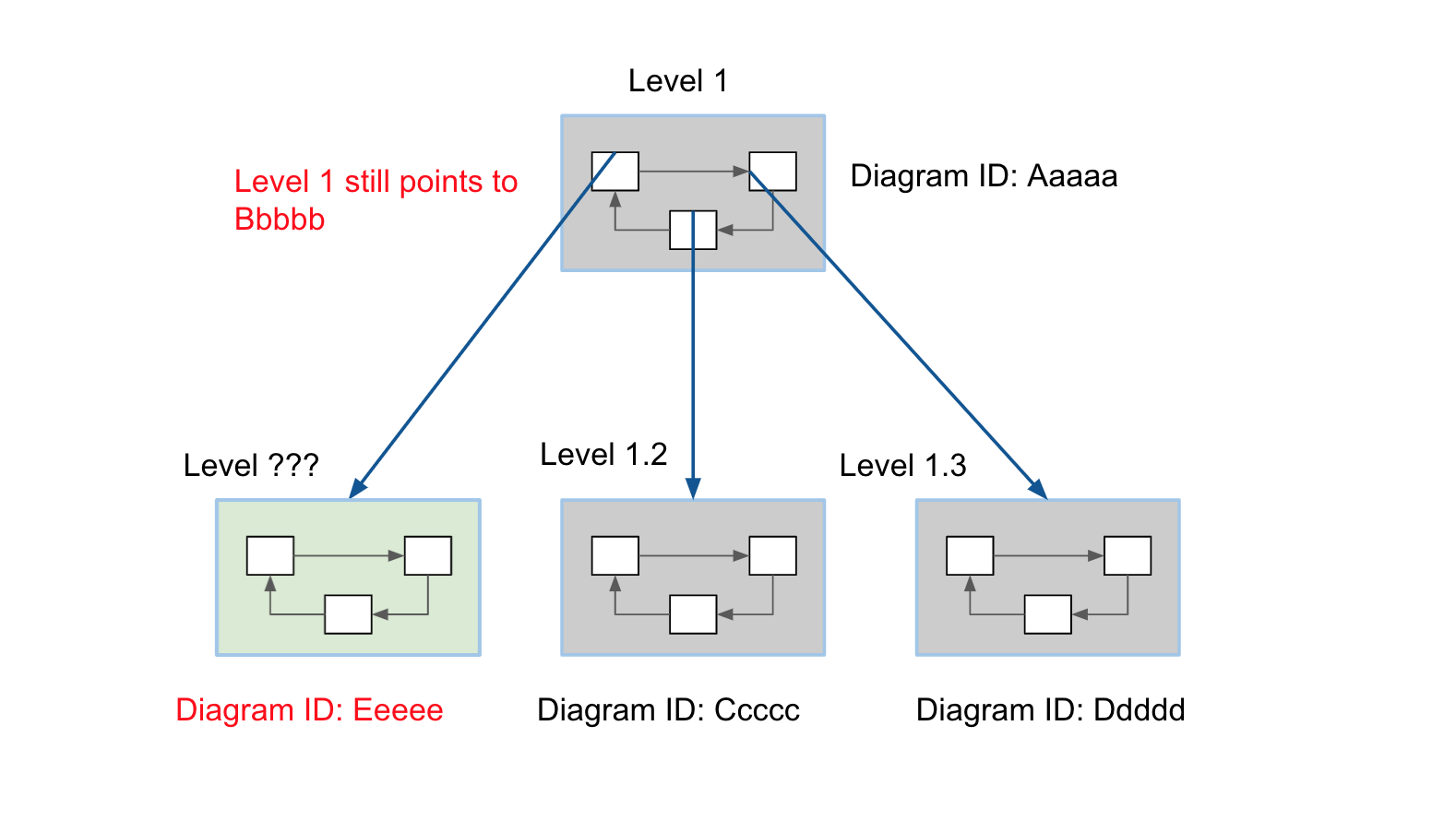 Publishing the parent diagram which now points to the new diagram, Eeeee will resolve this issue and fix the hierarchy. 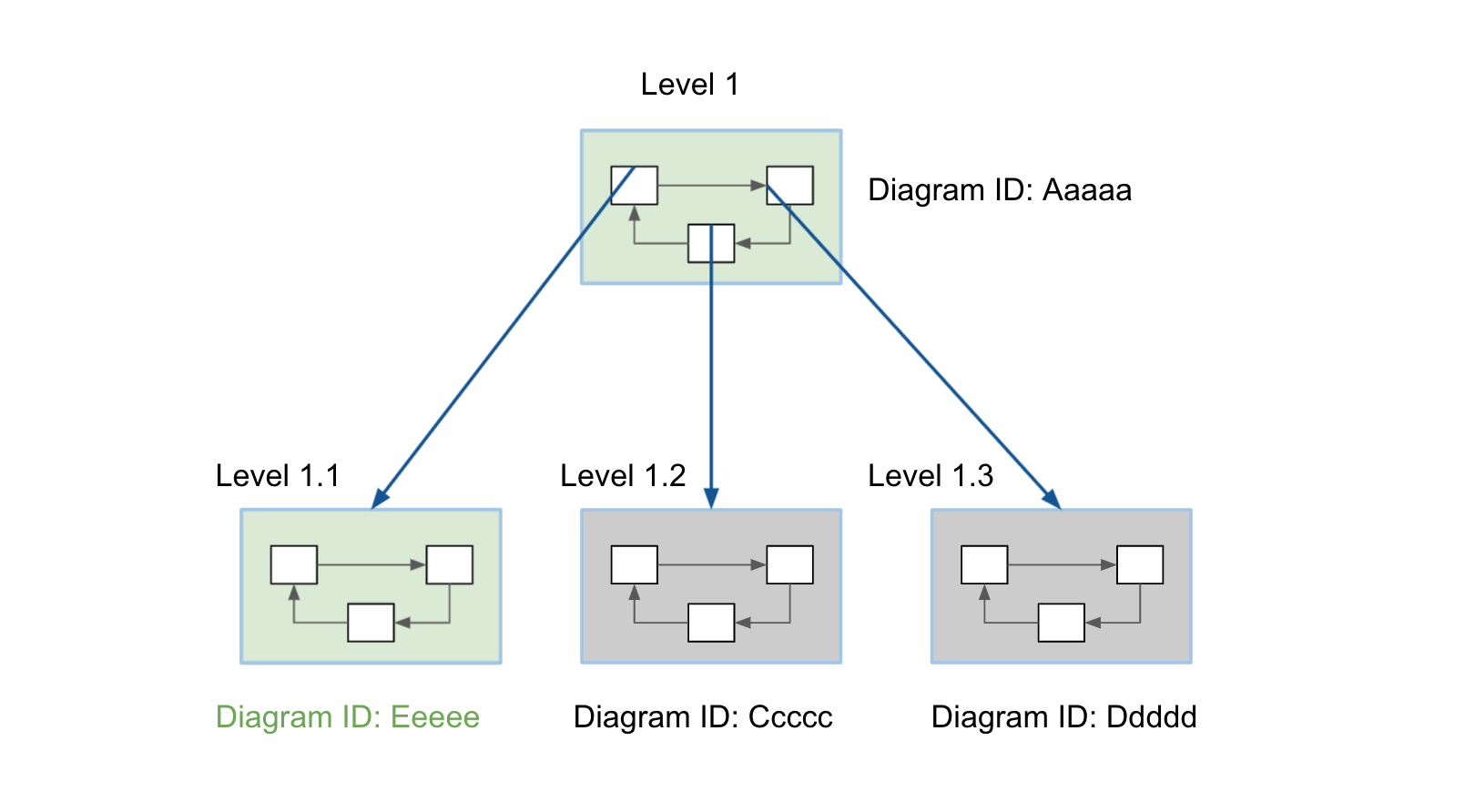 Broken hierarchies are not necessarily problematic. If you embed your diagrams in other webpages, you might not even experience any issues. But navigation within a map will be affected.